The sound installation consisted of an eight minutes long multichannel electroacoustic piece looping in 16 speakers hanging from the ceiling without further sounding box than the room itself.

The underwater-themed paintings of Fages and Aduki´s sculptures found continuity in both sound materials and spatial arrangements of the sound installation. Everything seemed to float and flow in underwater currents.

For the composition of the piece I used sounds resulting from the interpretation of image files as audio files. This glitch procedure was applied on .psd files (photoshop) of digital works of the artists with whom I exhibited and photographic images of Mar del Plata, an Argentinean coastal city. Also I generated a series of "tautological" sounds, by recording feedbacks from the installation speakers, to which I applied certain processes. 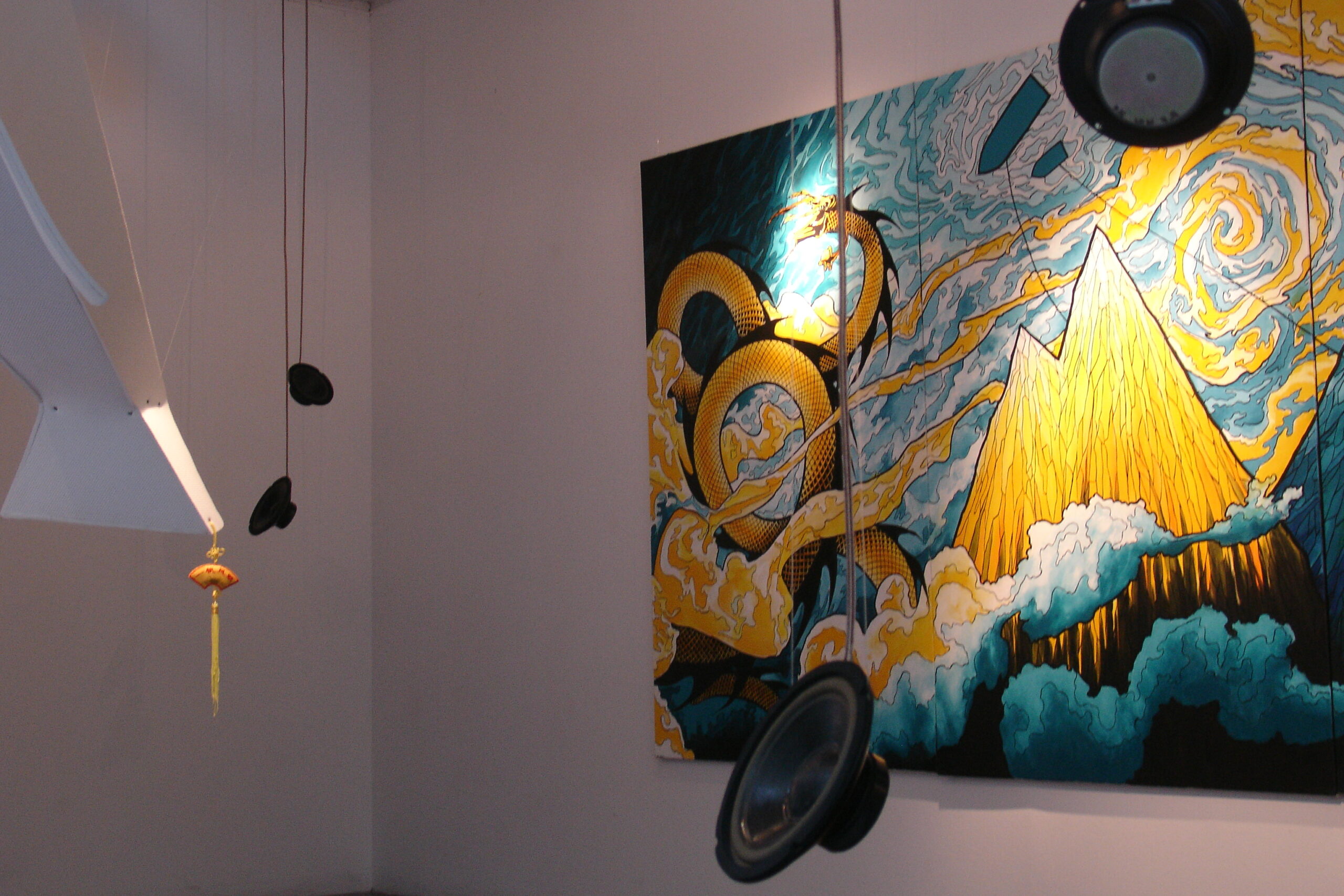 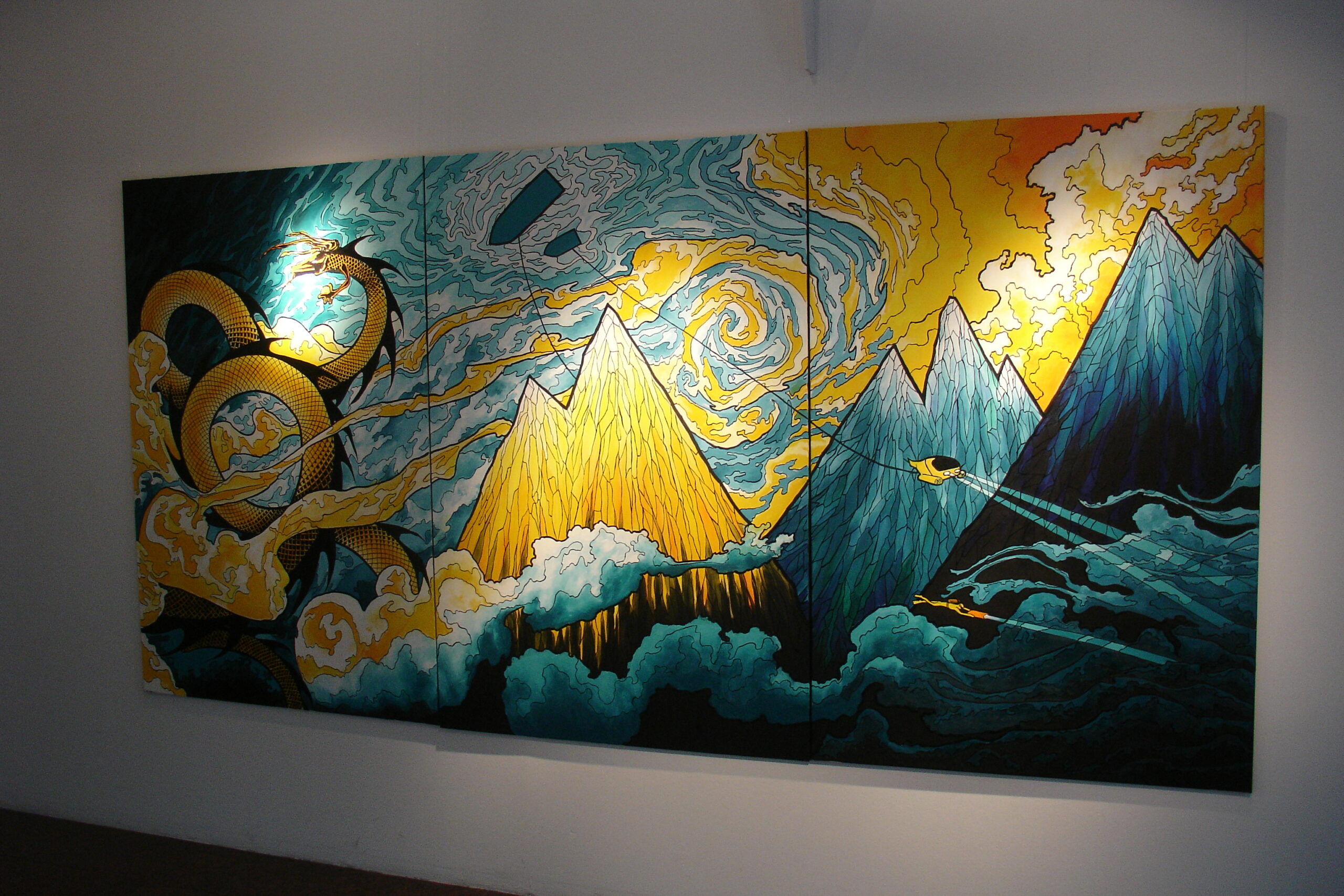 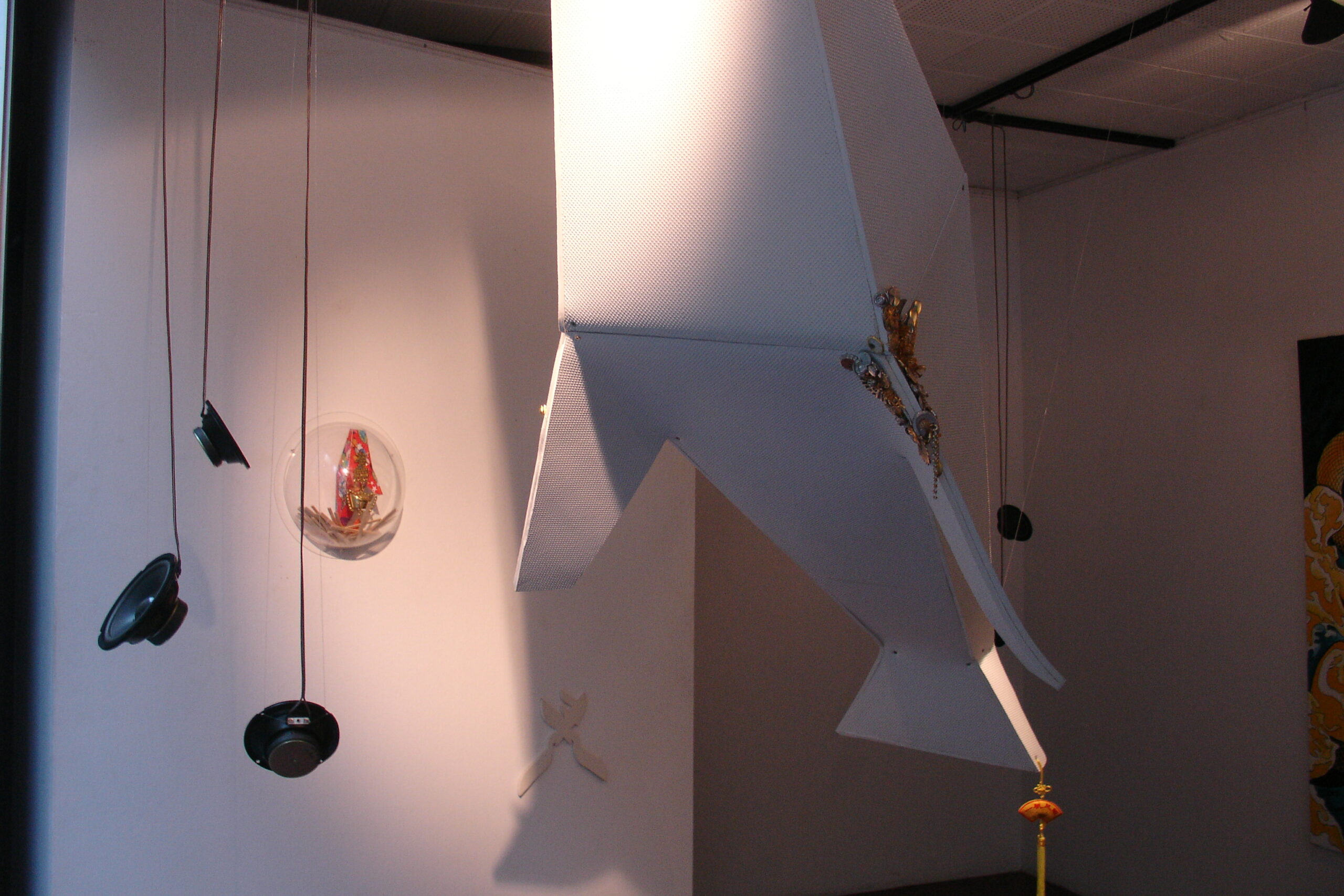 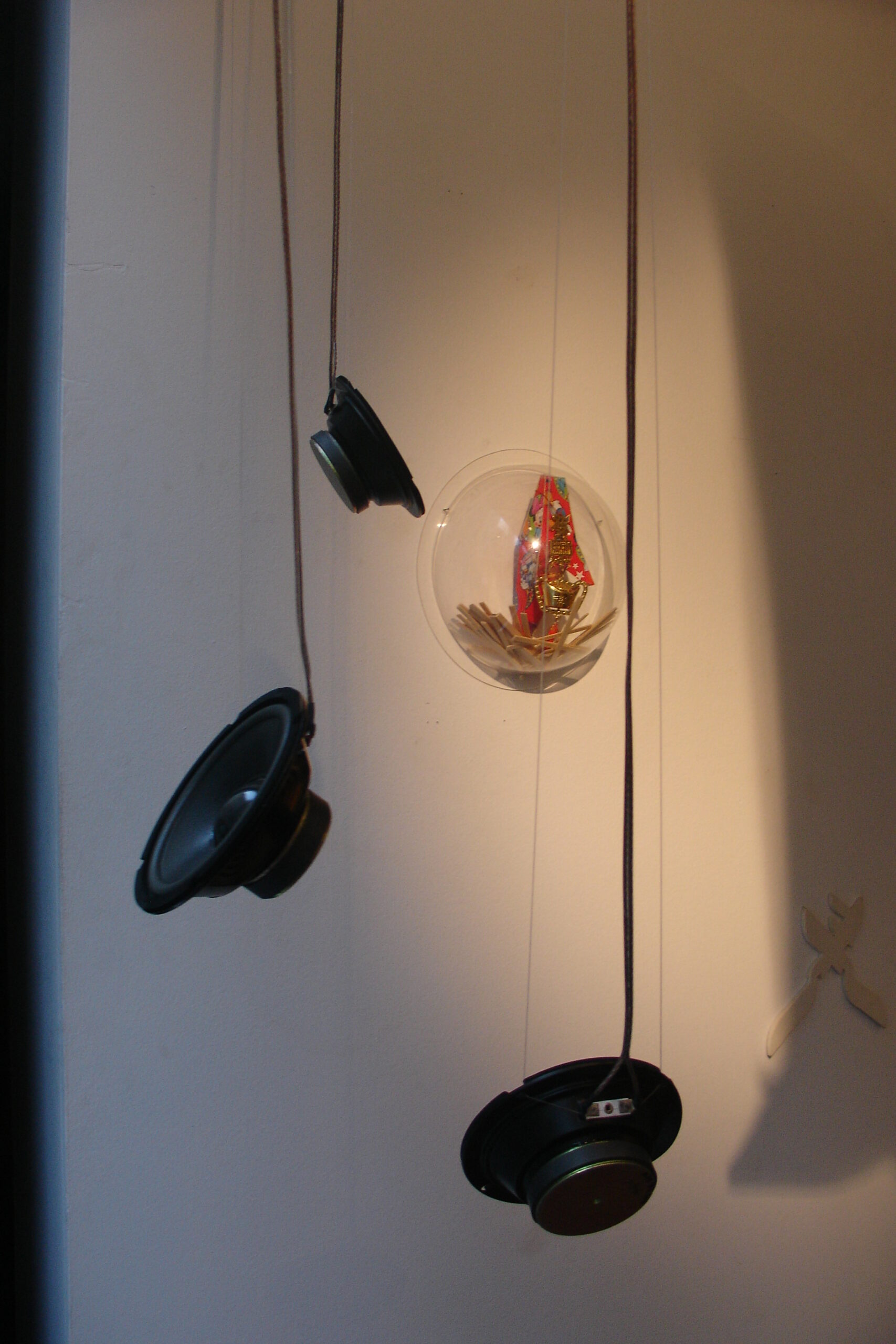 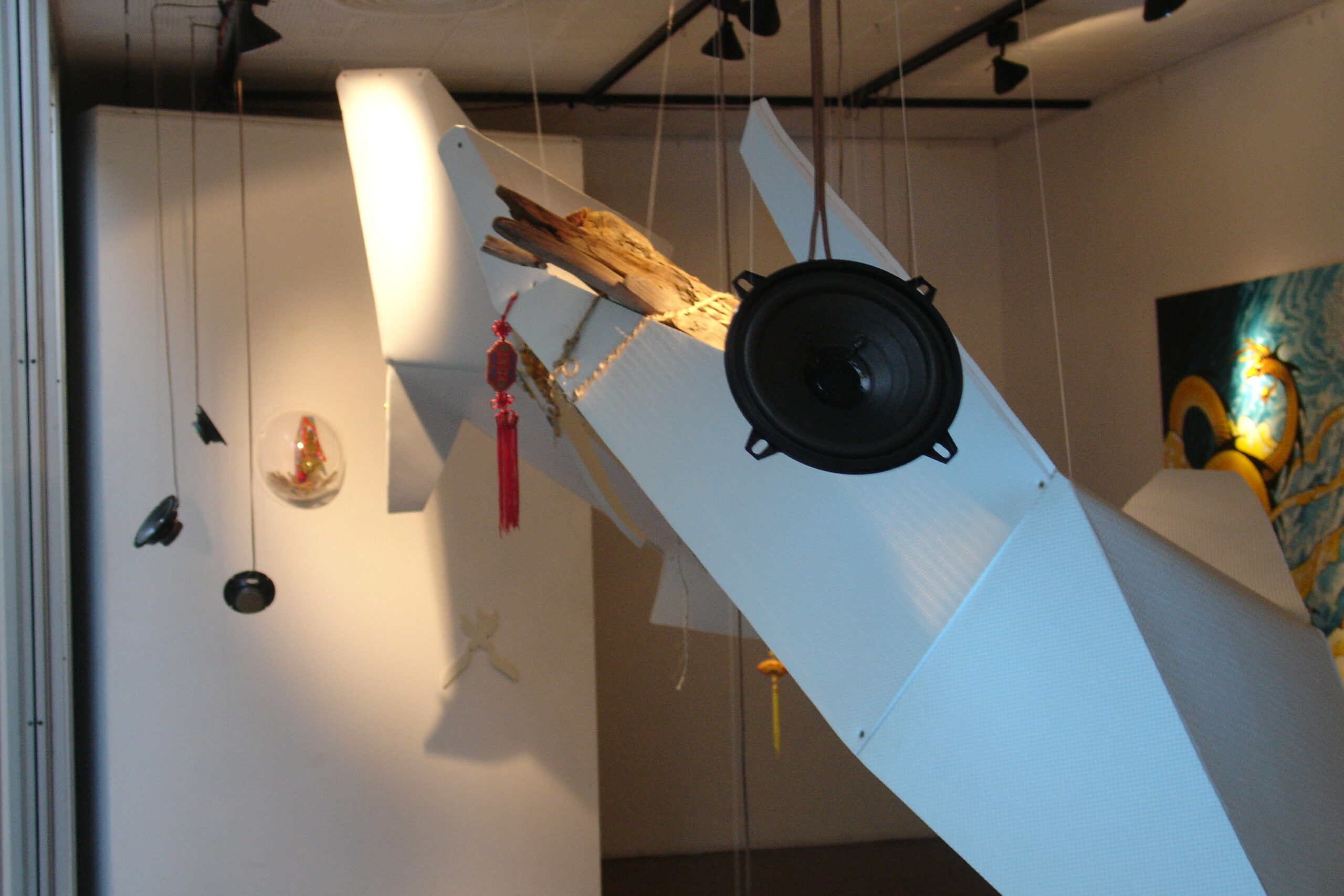 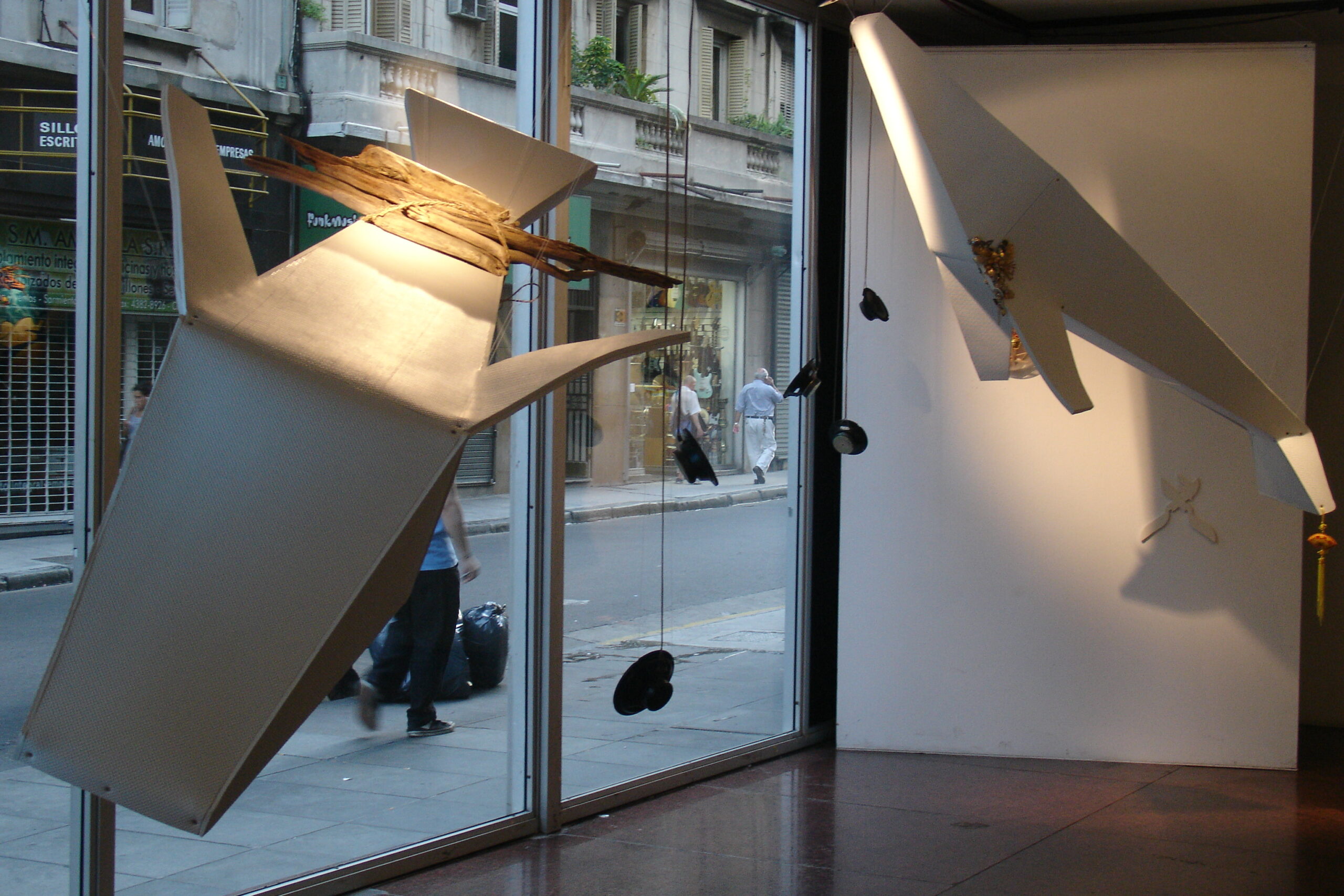 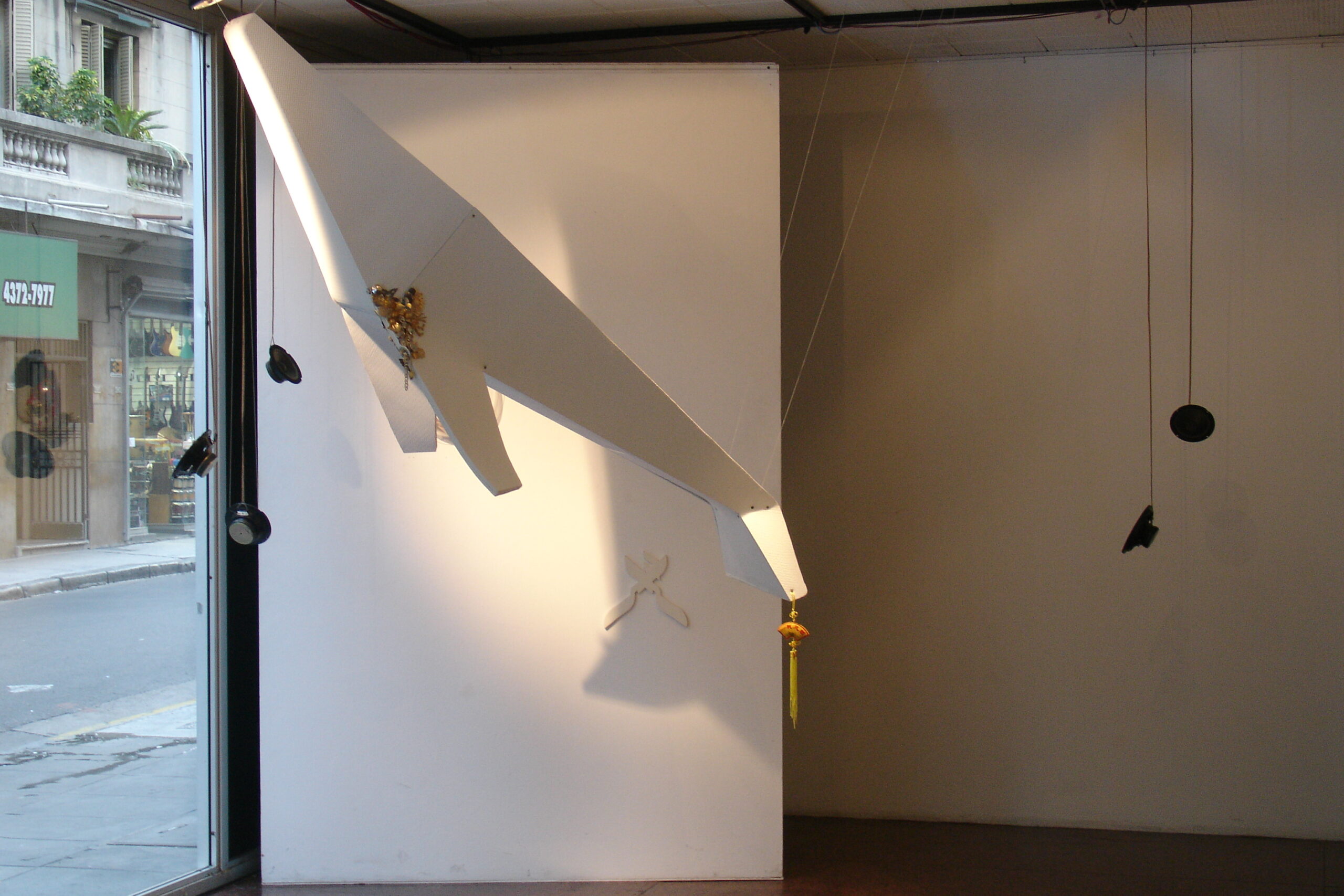 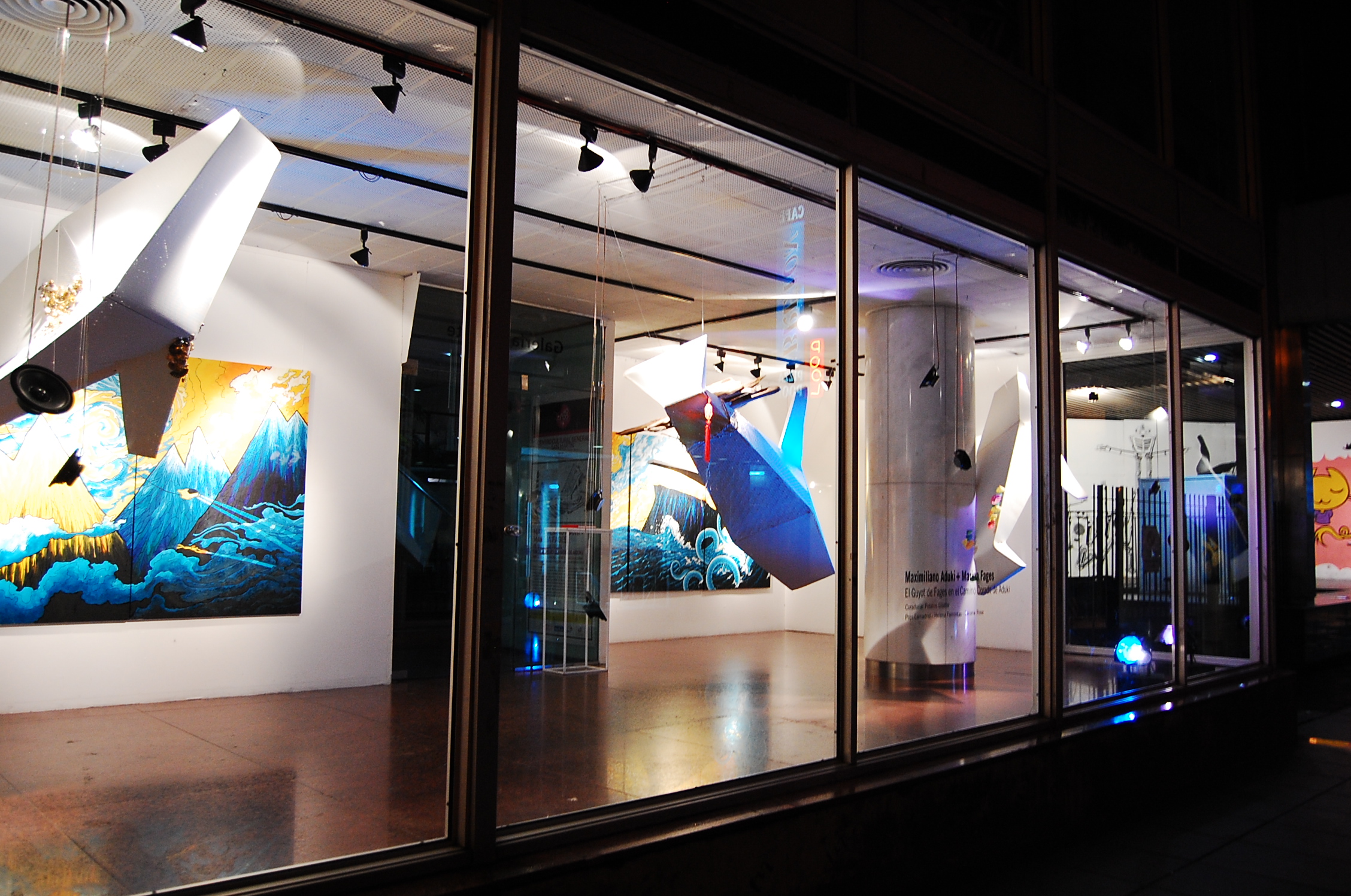 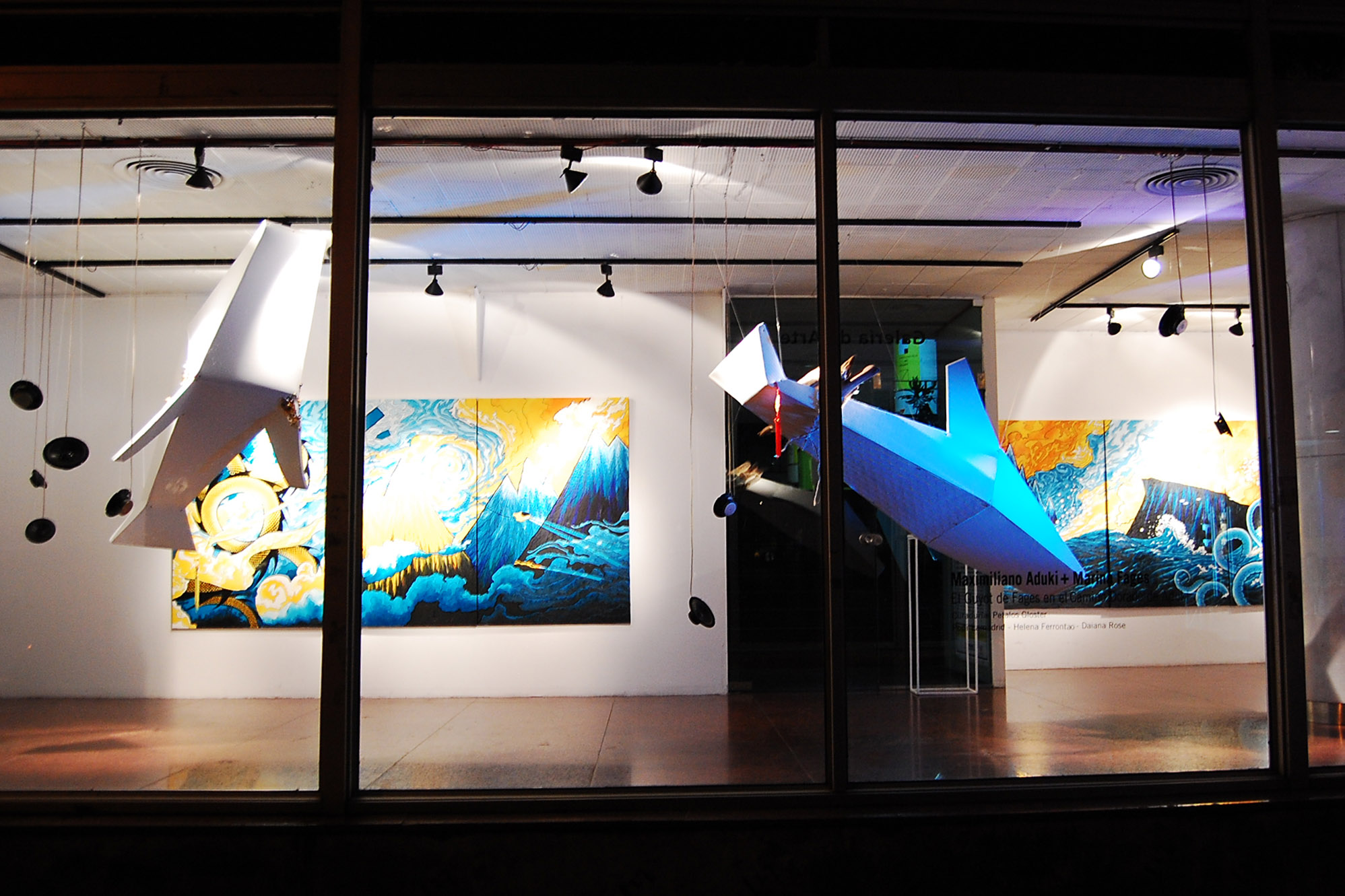 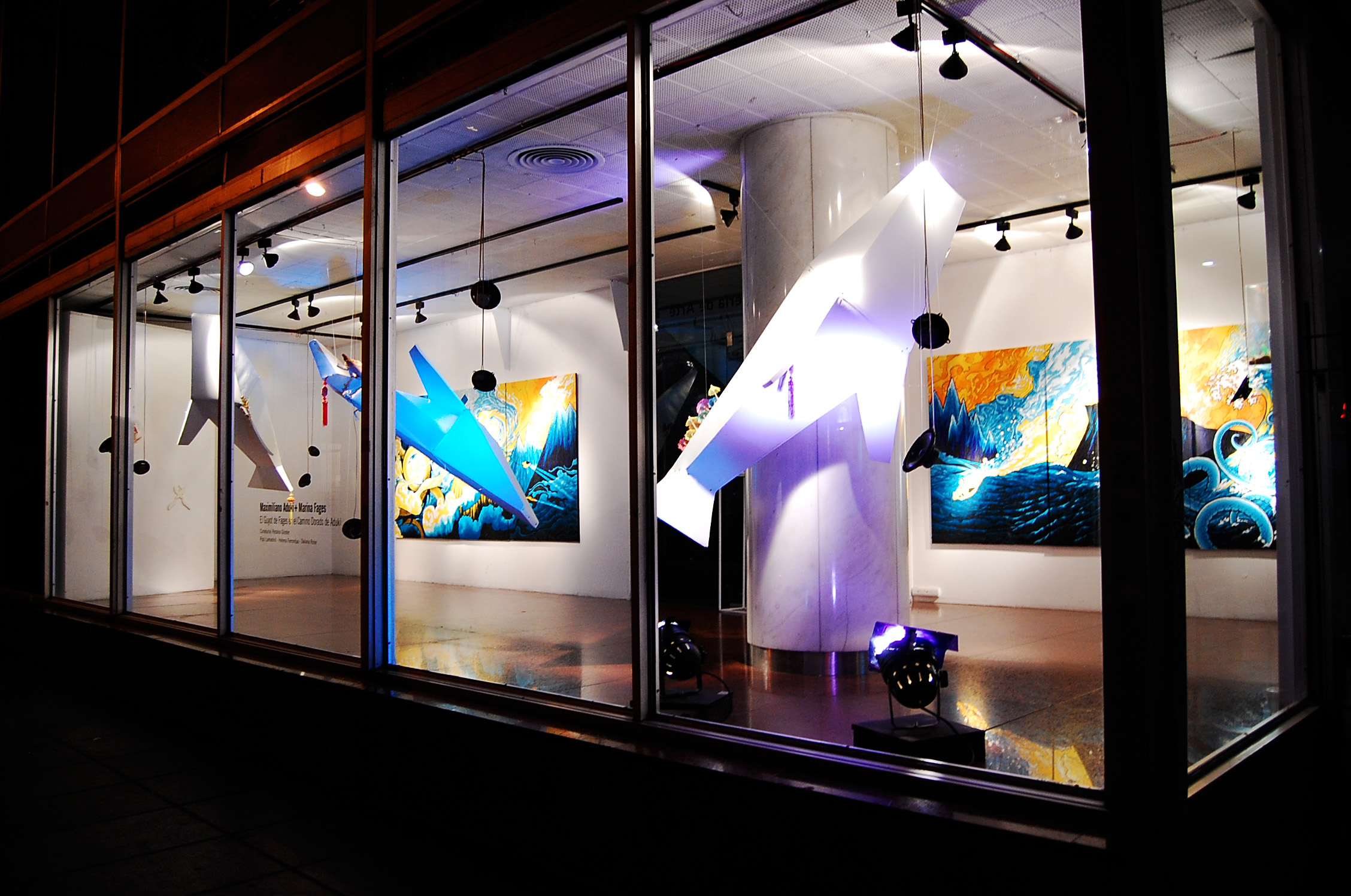 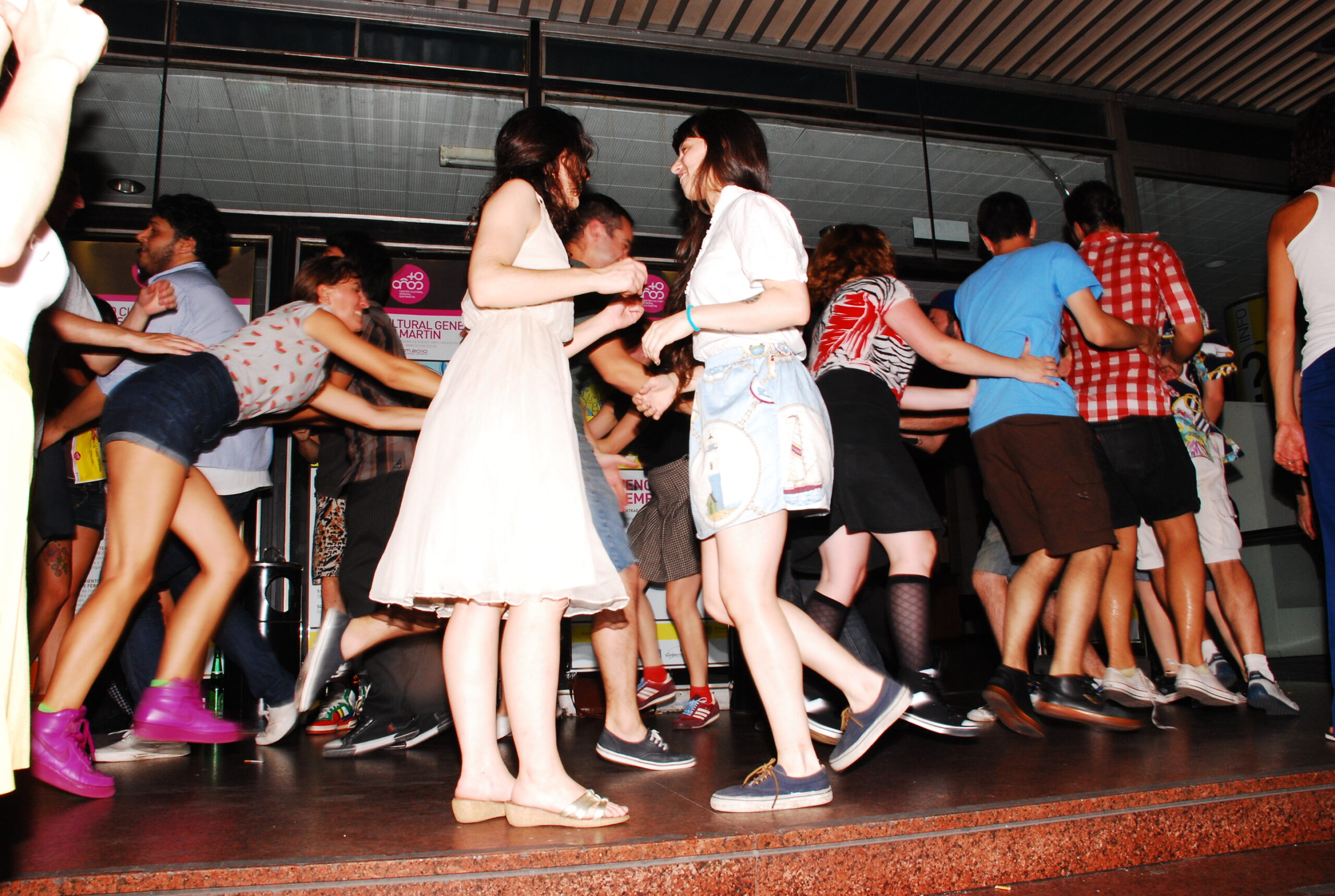 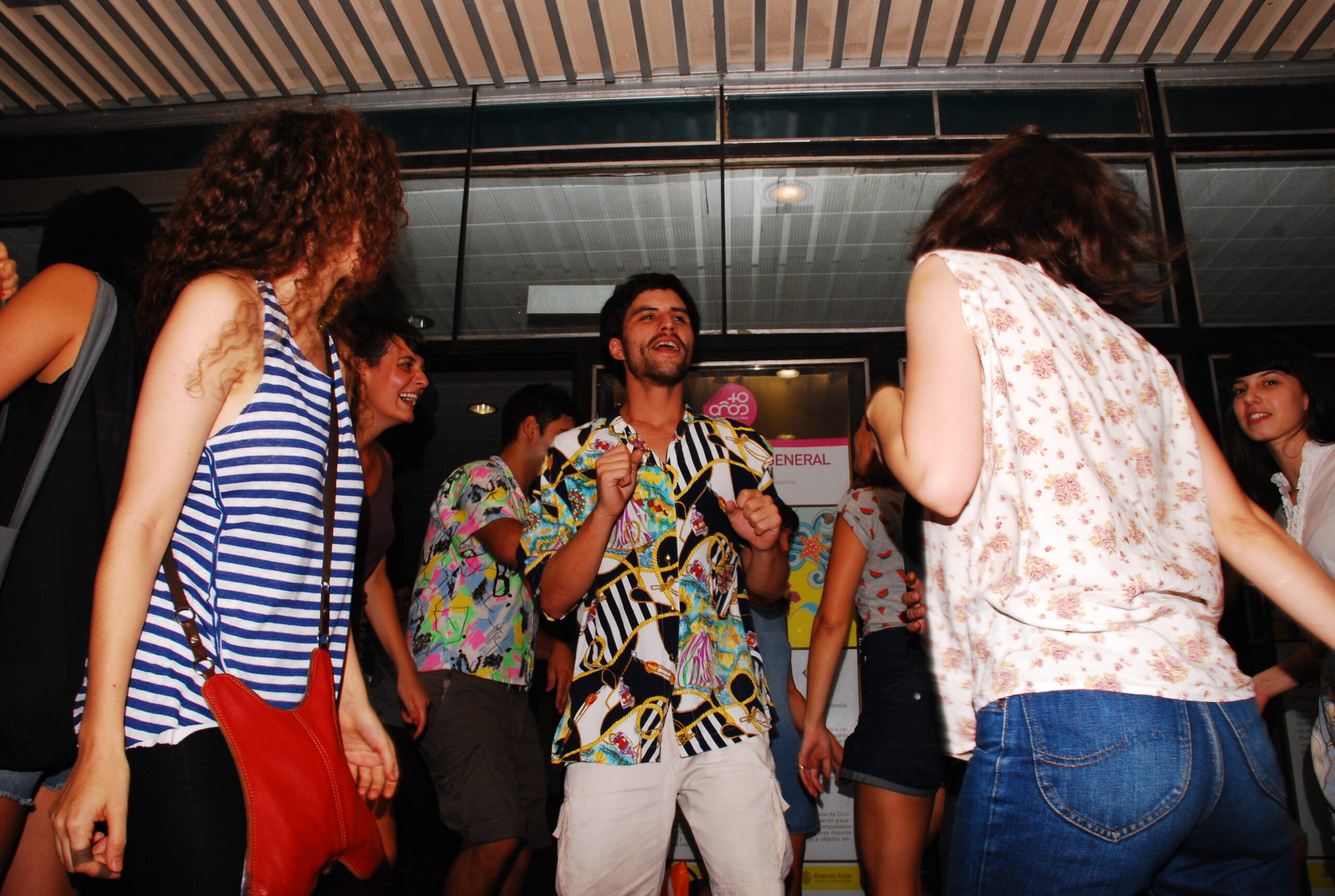 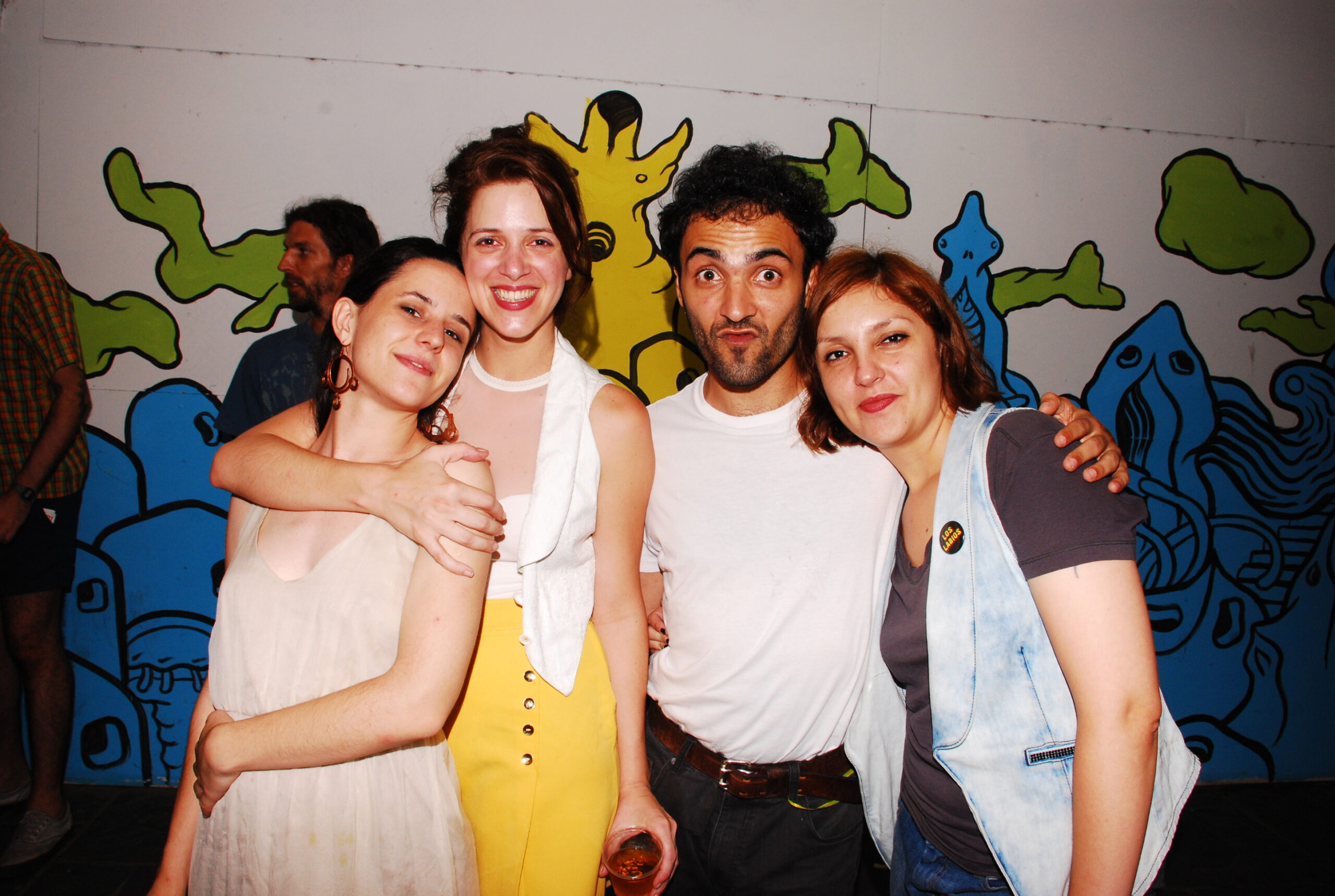 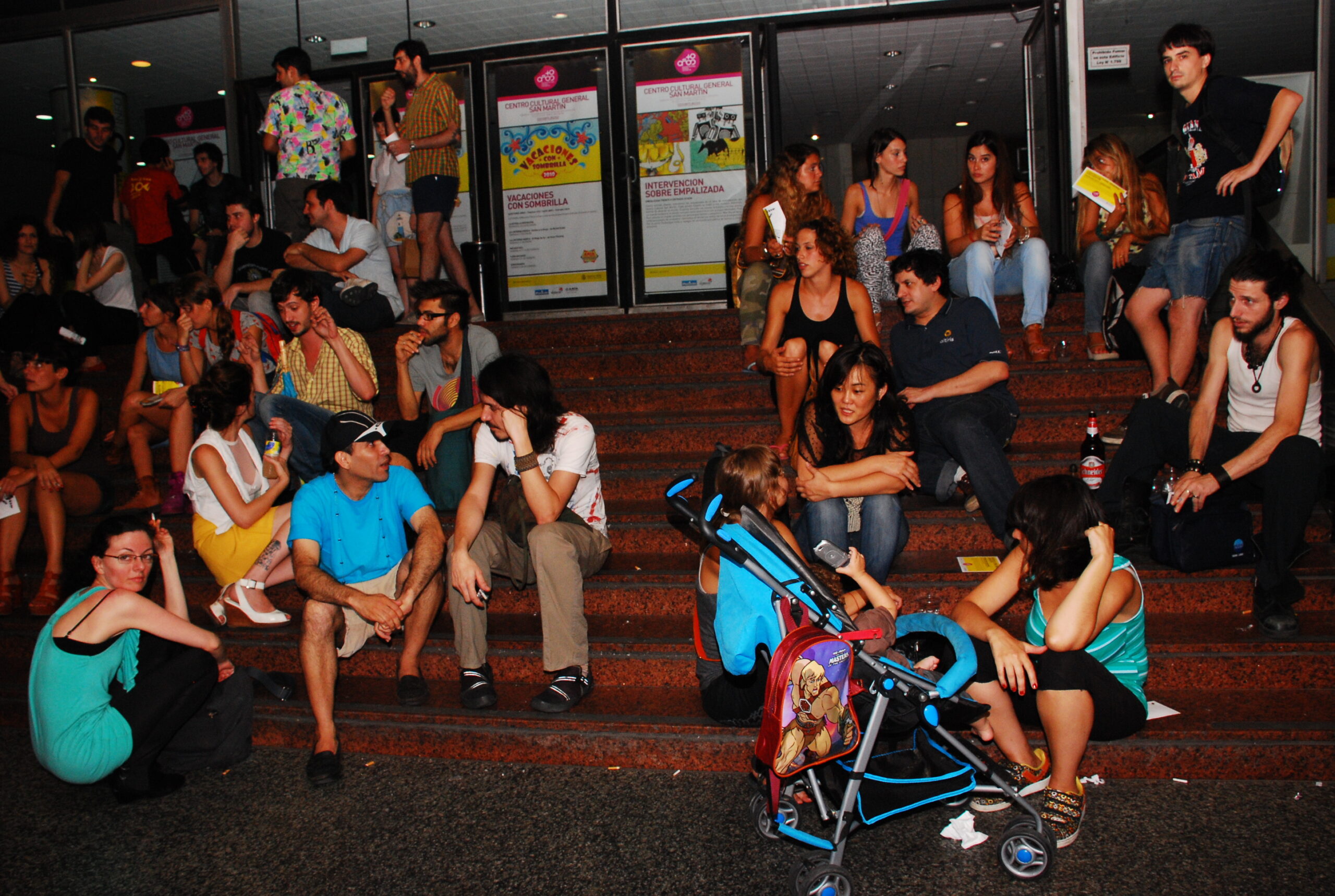 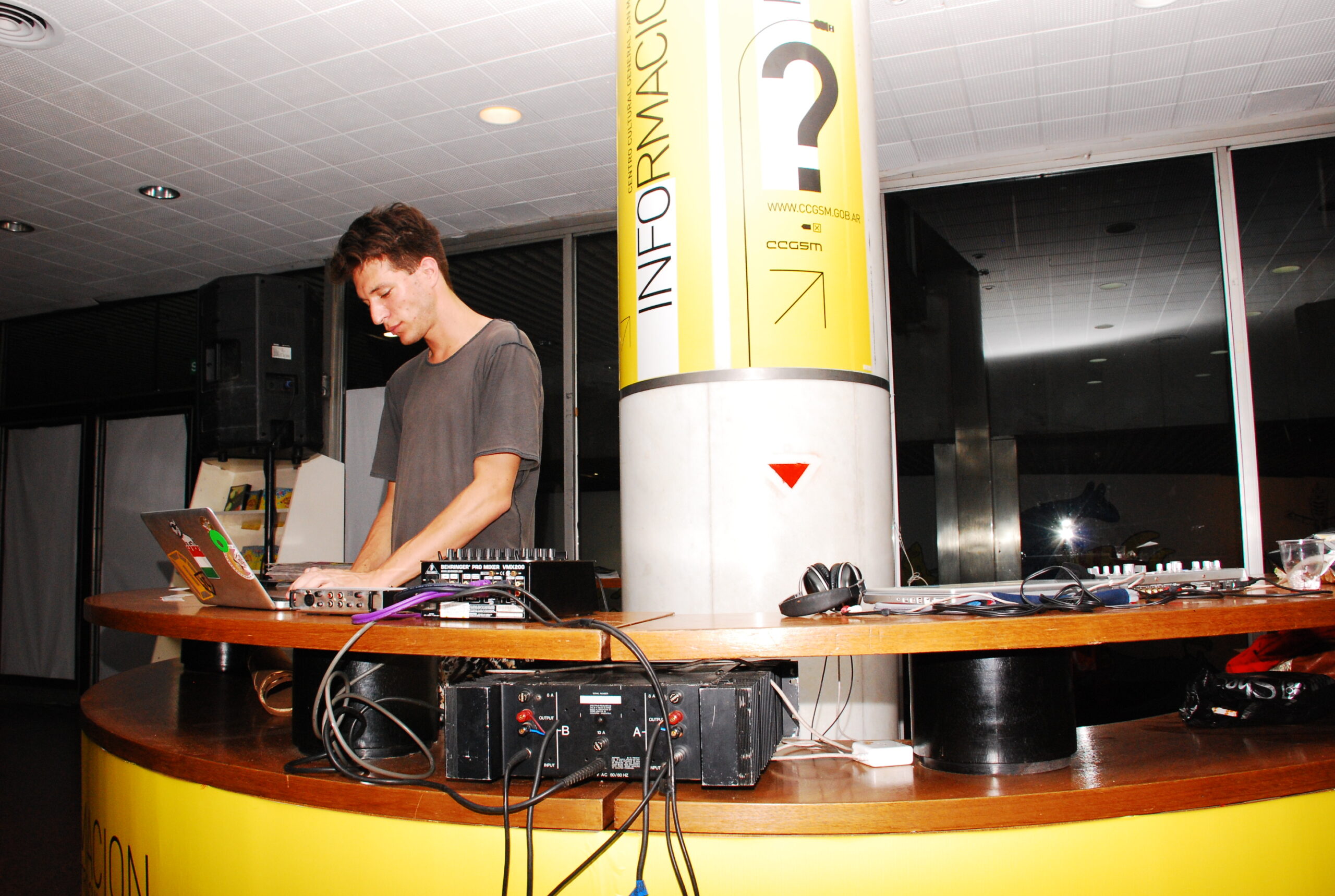 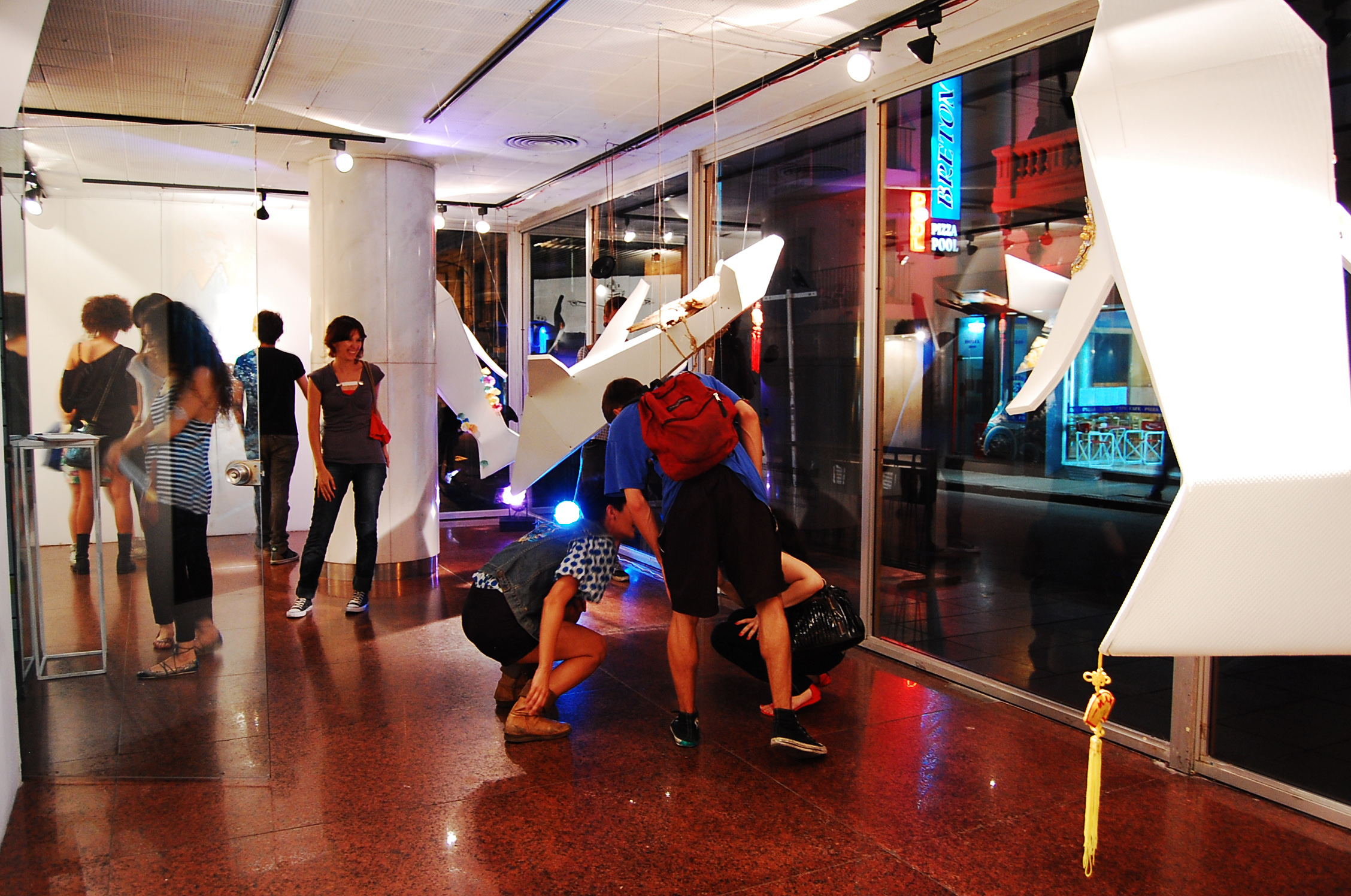 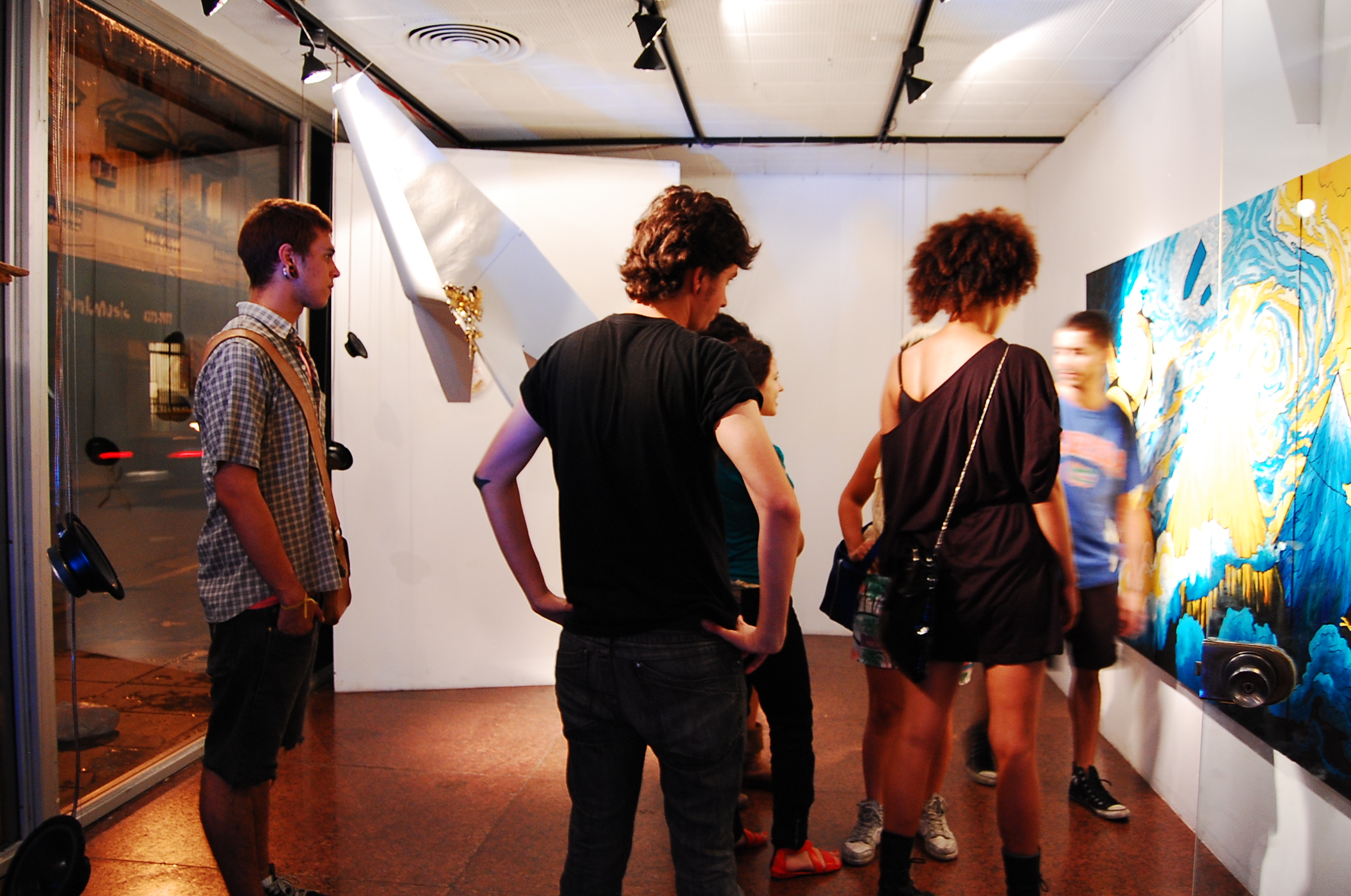 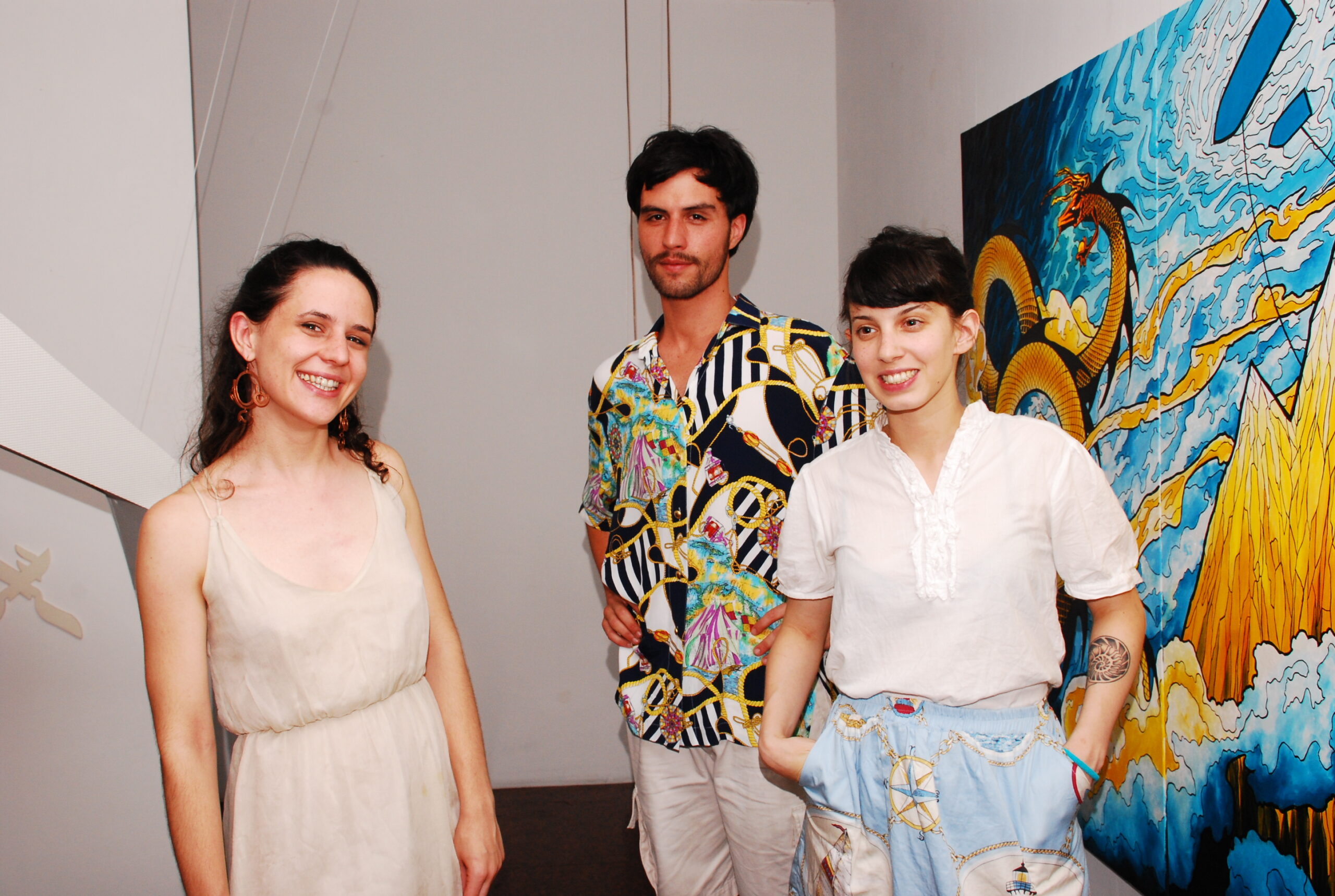 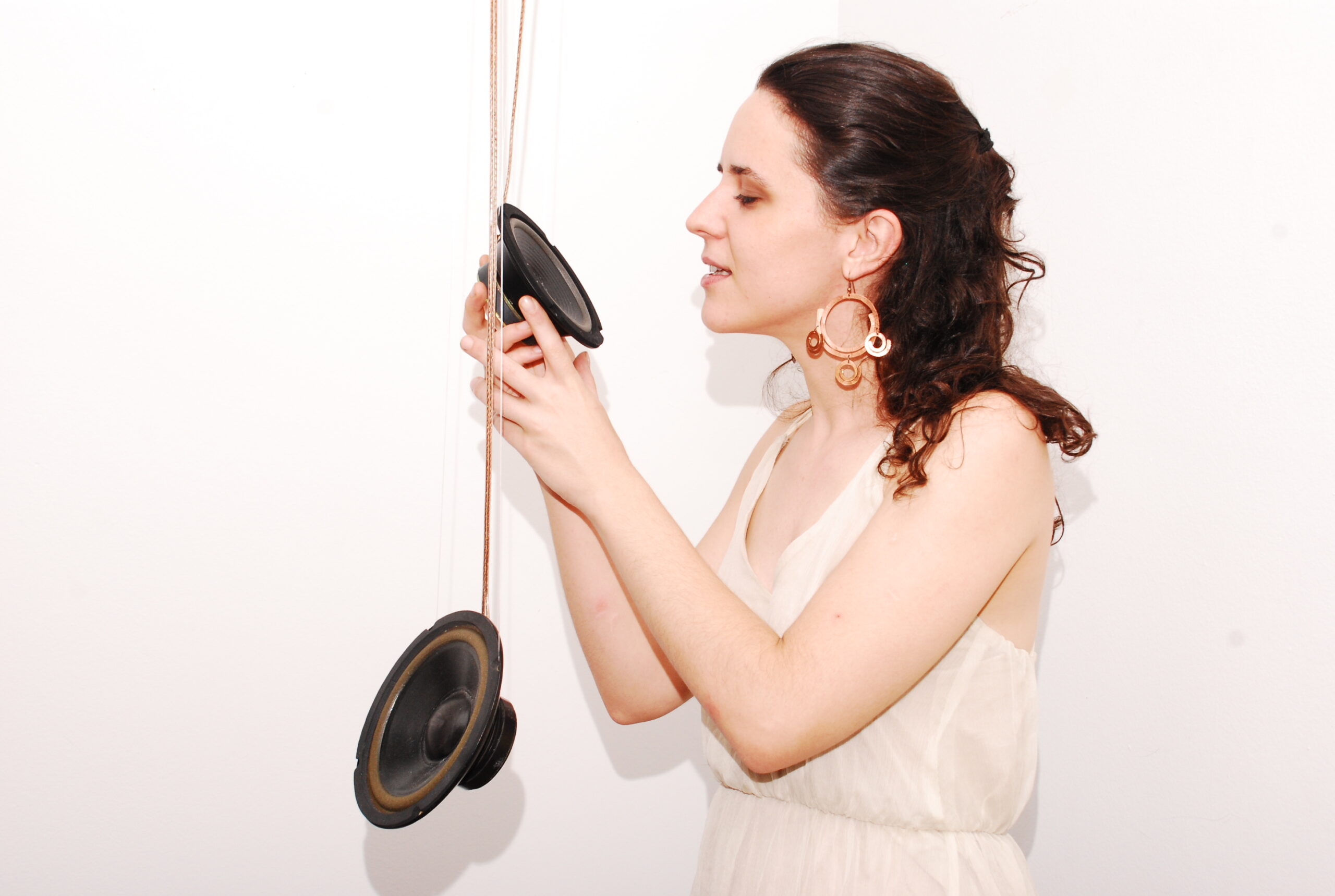 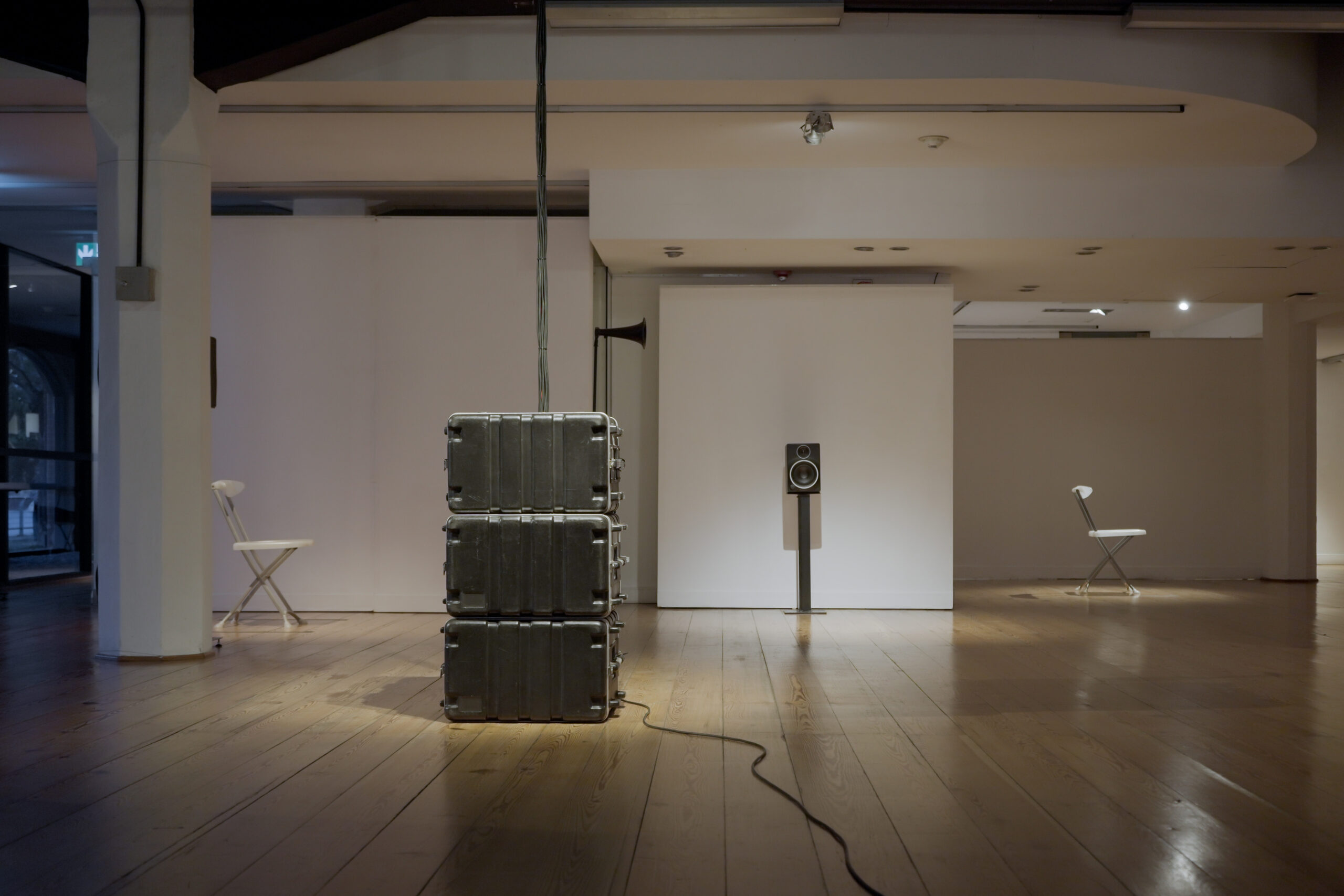 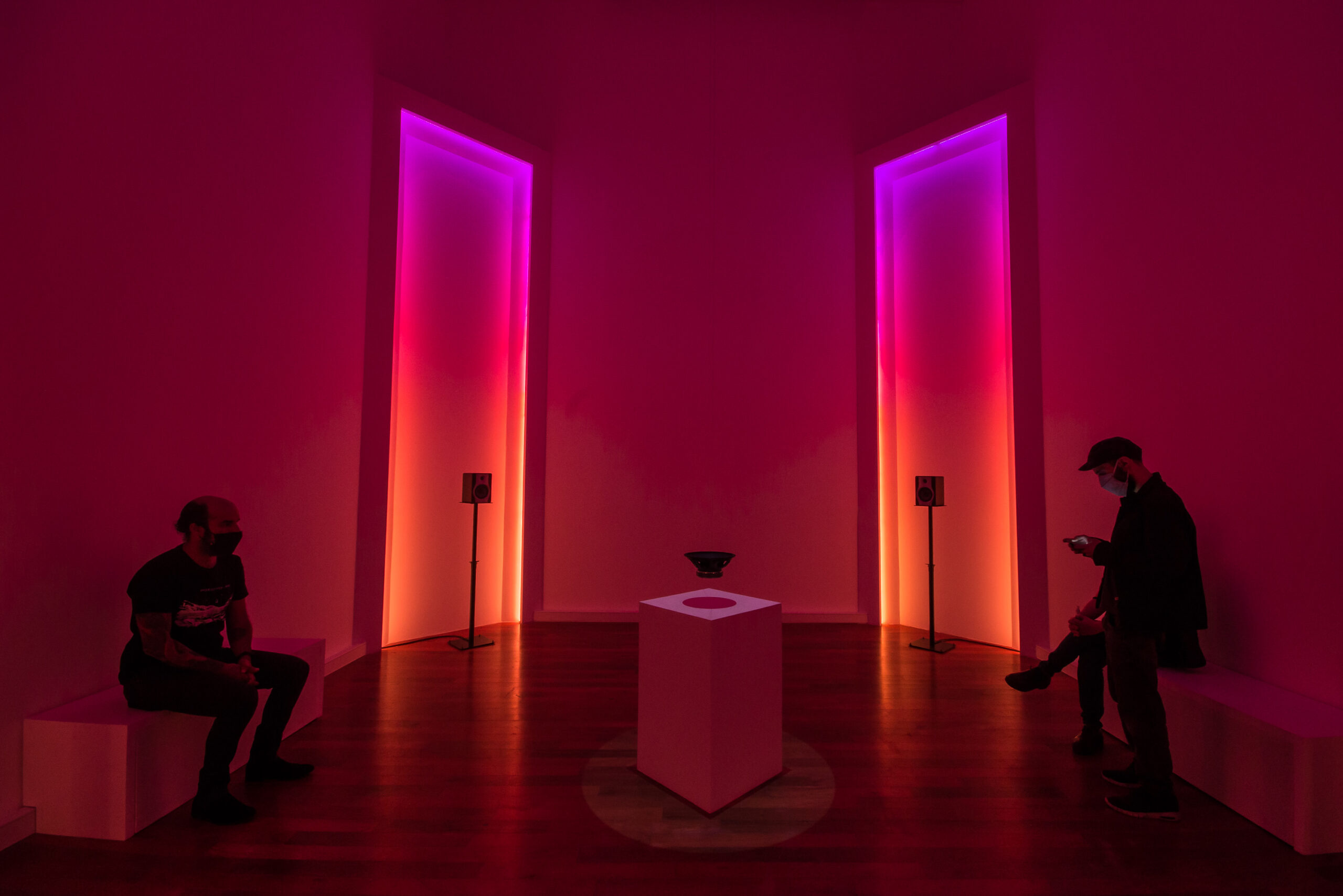